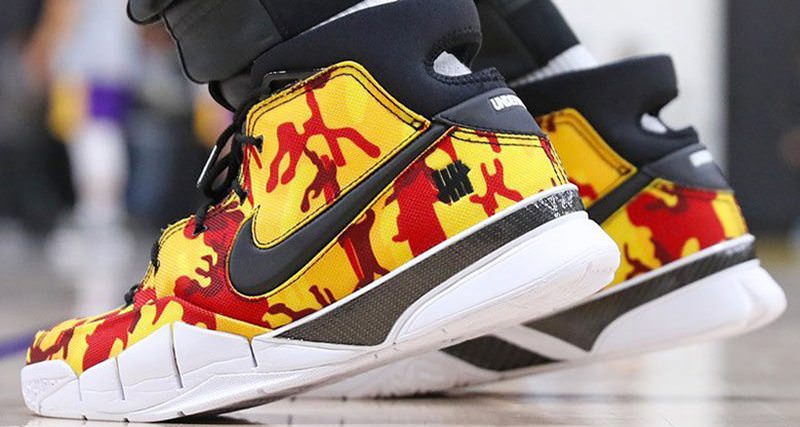 Isaiah Thomas is beginning to find his groove in Los Angeles, after being traded to the Lakers following a dismantling of the Cleveland Cavaliers pre All-Star roster. IT, in gathering himself after yet another trade, has been lacing up lots of heat from the Nike Kobe series.

Alongside others who’ve recently donned Kobe’s including Devin Booker, Giannis Antetokounmpo and Demar DeRozan, Thomas pulled out an Undefeated x Nike Zoom Kobe 1 Protro “Yellow Camo” PE with red and maroon accents that has many hoping that more Protros hit release calendar soon. And while this pair doesn’t look to release anytime soon, more Kobe Protros are slated to release this year.